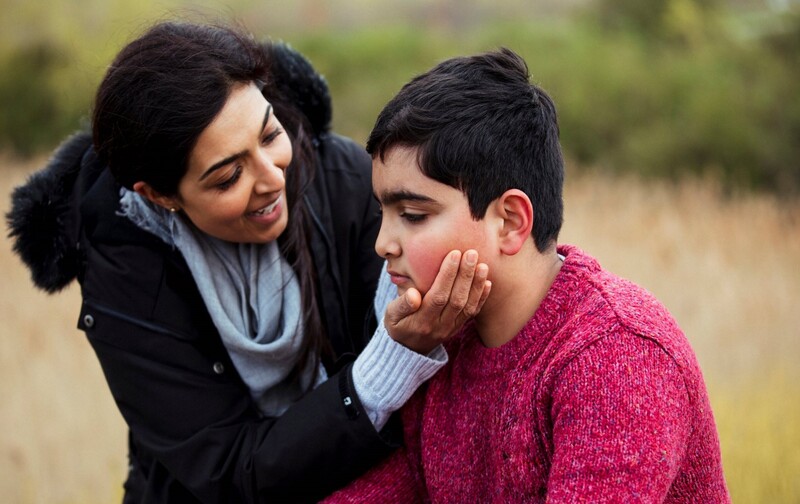 Autism Spectrum Disorder (ASD) is a term used to describe a group of complicated neurodevelopment disorders. The spectrum, rather than just describing intensity, represents a long list of different symptoms that have been identified as autism. Symptoms begin to present themselves very early on in childhood, and the disorder affects all races and ethnicities, although statistically, boys are currently more often diagnosed than girls.

While autism has been ‘on the rise’ on paper, it’s a disorder with ancient heritage, and an unfortunate history as being often misdiagnosed or completely invisible. Autism is a longstanding part of humanity, and by current estimates, affects roughly 1 in 59 children in the US, with studies in multiple countries estimating that roughly 1-2 percent of children are born with autism.

Although Autism Spectrum Disorder heavily affects development, it does not cause, nor is always linked with intellectual disability. Current estimates state that almost half of children on the spectrum have average to above average intellect. However, several different disabilities correlate with autism, including language and speech impediments, and roughly 83 percent of ASD cases co-occur with another developmental condition, while 10 percent also suffer a psychiatric condition. Autism commonly has physical symptoms, the most common being digestive tract problems and epilepsy.

We know that autism begins in the brain. While the list of risk factors and potential causes is not yet conclusive, autism is often genetic, and is linked to viral infections during pregnancy, other genetic or chromosomal conditions, premature birth, and the age of the parent. Again, this list is not conclusive, which means that as we learn more about how and why this condition develops, we may also develop a greater understanding of how it might be mitigated.

Some debunked causes of autism include the ‘refrigerator mother’ theory (which posits that an emotionally distant mother may cause autism), vaccines (based on an infamous study that has since been heavily discredited), anesthesia, and more. On the other hand, snake oil salesman tactics have led to a number of fake and harmful autism cures, include bleach-based products.

Because Autism Spectrum Disorder co-occurs with other conditions, and its symptoms are varied, treatment is complex, and must account for a long list of different symptoms and issues. Some therapies that have helped children on the spectrum develop at a better pace include applied behavior analysis (ABA), speech therapy, skills training, and medication to treat the physical symptoms of the disorder.

Currently, doctors screen young children for symptoms of autism to determine whether they might be on the spectrum early on. The earlier the disorder is identified, the earlier a child can begin to be taught to cope with their symptoms and develop the means to grow and learn skills at a better rate than they might without any help.

The earliest that autism can be diagnosed is roughly 12 to 18 months, although it is difficult to catch some cases of autism so early, and a definitive diagnosis is only met after more rigorous testing. It’s important to bring your child in early to a doctor for their regular checkup but beware that indications of autism may not necessarily mean your child is on the spectrum, until certain symptoms crystalize. Typically, at age 2, a diagnosis by a professional can be considered reliable.

Children don’t develop on a set timeline, and there is plenty of leeway for individual quirks and differences from child to child. But children with autism aren’t just mildly different – their symptoms occur due to a fundamental change in the brain, causing sensory issues and problems with language and behavior in later ages. While new techniques are being developed to help catch autism early, diagnosing autism is generally complicated.

As a developmental disorder, many children with autism display a range of different symptoms that suggest slow or delayed development, including nonverbal communication, emotional outbursts, restricted or repetitive motions and behaviors, repeating sentences, aloofness, and constantly avoiding eye contact. Children with autism may seem withdrawn and don’t make much of an effort to engage in play with others or pick up on cues and skills more slowly than their peers. However, these are guidelines rather than hard rules. Autism Spectrum Disorder is incredibly varied, meaning there are children who are diagnosed with autism who are quite social, yet display issues in other capacities such as executive functioning and independence.

Low-functioning and high-functioning autism are terms not typically used in any clinical literature. Instead, the Diagnostic and Statistical Manual of Mental Disorders (5th Edition) defines autism spectrum disorder as being categorized into three levels, which are supposed to provide guidelines to help parents understand how much support their child may need in the future.

The reason low-functioning and high-functioning autism is a misnomer more than a helpful label is because capacity and function are too complex to be used as labels. Children and adults with a certain level of autism may not be able to function in one sense but can excel in another. Trying to categorize cases based on how much support they may be expected to require is more helpful but avoid thinking of autism as something that can easily be classified. The reason the spectrum exists is to avoid restrictive and/or self-fulfilling labels.

According to the DSM 5, the ASD severity ranking is:

One problem with the low- or high-functioning labels is that it leads some parents and educators to feel that children who are high-functioning require far less support, or even no support.

Children with autism require different levels and types of support throughout their lifetime. Early on, the focus may be on helping them develop simple communicative skills and learn social behavior through play, roleplaying, and modeling other people’s behavior. As they get older, it becomes important for lessons and therapies to switch towards managing one’s emotions, engaging in more complex social situations, and developing skills for independence.

To someone with autism, the world is built and structured around the needs and rules of neurotypical people – those without neurologically atypical behavior or thinking. Adults who were diagnosed late recall the immense difficulties they experienced trying to cope with all the strangeness the world entails, from their lack of understanding specific social cues to struggling to keep up with their peers, to the bullying and shaming that fed their existing anxieties and problems.

Regardless of one’s severity, autism is a condition that requires persistent and early support. While treatment shouldn’t focus on trying to impose ‘normalcy’ on a child with autism, it is meant to arm them with the tools needed to cope with their environment and more smoothly interact with their peers at any age and any developmental stage, from the kindergarten years to early adulthood.

The Importance of Early Intervention

Interventions and treatment styles like applied behavior analysis help individuals on the spectrum at all ages develop the means to overcome behavioral issues and emotional outbursts, learn necessarily communicative skills, and even learn skills critical to independent executive functioning, from organizing one’s thoughts and forming to-do lists, to doing the shopping, balancing a checkbook, and cleaning up at home.