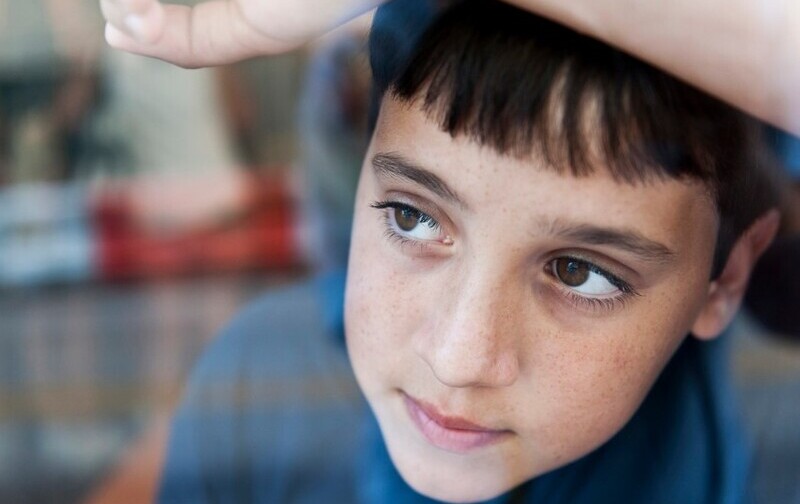 Autism Spectrum Disorder (ASD) is a neurological condition that affects children at an early age, causing developmental issues, as well as physical symptoms such as epilepsy and gastrointestinal discomfort.

While autism can be linked to several potential factors, including prenatal viral infections and other risk factors, it is understood to be largely hereditary. As we have learned much about how the disorder can come to be, we have also learned of many ways to address and treat autism through early intervention.

To recall the early days of autism research and treatment is to recall a grim and dark picture. Before autism was identified as a separate diagnosis, it was mistaken for schizophrenia, and treatments were very limited in scope and effectiveness. Early treatments included restricted diets and shock therapy.

Although autism was not formally recognized in any diagnostic manual until 1980, the term originated in 1911, and the discovery of a link between autistic behavior and gastrointestinal symptoms dates back to the 1920s. In the 1940s, autism was characterized as a social disorder, and Hans Asperger discovered a different form of autism (the discovery of which later gave way to the concept of a spectrum of symptoms and degrees of severity).

Other theories emerged over time, positing that autism was the result of emotionally withdrawn parents (refrigerator mother theory) and that treatment should involve forcing eye contact and intense hugging to simulate bonding (a deeply flawed and dangerous approach).

It wasn’t until the 70s that autism was discovered to be partly hereditary, and over the years, a more complex definition of the autism spectrum emerged as a neurological condition with behavioral and physical symptoms. Today’s standard in autism treatment is applied behavior analysis (ABA), which was first coined and developed by Dr. Ole Ivar Lovaas.

Lovaas developed ABA throughout the 60s and 70s and was known as a pioneer in behavioral treatment after publishing his article, Behavioral Treatment and Normal Educational and Intellectual Functioning in Young Autistic Children, in 1987. However, while Lovaas started ABA, the standards and intentions behind the therapy have evolved since moved on from his original methodology. Despite effective results, many of Lovaas methods were questionable: some included the use of aversive therapies, such as shouting, shock therapy, foul odors and more to coerce children into avoiding ‘bad’ behavior.

Today, ABA continues to take its original core tenet to heart, and Lovaas techniques have been expanded on considerably without resorting to cruelty.

What is Applied Behavior Analysis?

Broadly defined, applied behavior analysis (ABA) is a system of therapeutic methods aimed at helping patients identify better ways to interact with their environment. Today’s ABA methods emphasize a naturalistic approach, prioritizing techniques that teach children to interact with others appropriately through play and games. ABA therapists have moved on from face-to-face forced behavioral changes, and taken things to the play mat, where children lacking key skills and an understanding for social cues are taught to recognize these in their peers and behave accordingly.

Historically, ABA relied on repetitive drills to teach basic key skills, including polite conversation and behavior. Many ABA therapists have abandoned these drills in favor of a more patient-centric approach that caters to each individual child, based on their needs, weaknesses, and abilities.

The methods used change on a case-by-case basis, with a similar framework. ABA is typically applied anywhere from 10 to 40 hours a week, depending on a child’s age and the severity of their symptoms. A focus is placed on teaching communication skills and functional skills, from communicating wants and wishes, to motor function. ABA leads children to reduce or stop tantrums and self-harm behavior, focus better at school, communicate more with others, and communicate more effectively.

ABA does not work for all children with autism and has its limitations. However, it is often cited to be the gold standard in autism treatment and is currently recognized by the American Psychological Association (APA) and the US Surgeon General as the evidence-based best practice treatment for autism.

There is research giving credence to other treatments and therapies for autism. However, what applied behavior analysis has is a greater bulk of quality studies. These are studies that correspond to the gold standard of empirical research, the randomized trial. However, that does not mean that there is an overwhelming amount of convincing evidence supporting applied behavior analysis as the current best possible treatment of autism. It’s simply the one therapeutic method with the most current evidence-based backing.

ABA has come a long way from the approach that Lovaas first taught, and there have been many variations of ABA that have become useful and well-studied, most notably pivotal response training, and the Early Start Denver Model. Both are play-based models that focus on interactivity, rather than a one-size-fits-all approach focused on drilling specific behaviors and eliminating unwanted behavior. Both have quality research backing their efficacy.

This does not mean applied behavior analysis will address all of your child’s needs and issues. And it does not mean that applied behavior analysis ‘fixes’ or ‘cures’ autism. This is not what modern-day ABA therapists should seek to do. If you are considering a therapist for your child, it is important to ensure that they are board-certified by the BACB as a board-certified behavioral analyst and that their genuine intentions are not to train your child to avoid expressing themselves, but to learn how to effectively communicate with others, and develop the skills needed to live and learn more independently.

There are two main issues that critics address when speaking about ABA: the first is that some believe ABA has unfairly monopolized autism treatment, communicating to government agencies and health bodies that it is the only effective form of treatment for autism.

In recent years, different associations have called to ask for insurance providers and government agencies to recognize the work being done in other fields to help treat and therapeutically address autism, outside of ABA or pharmacology.

The argument is that patients with ASD and parents of children on the spectrum are customers, and government intervention is needed to help promote consumer choice and not limit the options that parents have regarding the treatment of their children’s ASD, as some states only offer insurance coverage for ABA. Some cases of autism are addressed through

The second issue is that the history of ABA highlighted the use of aversive techniques to address unwanted behavior, and some therapists advocate for the continued use of negative reinforcement to stop children on the spectrum from behaving ‘badly’. This approach is unethical, and ineffective, and ranged from shouting a child down to utilizing aversive electric shocks.

Many defenders of ABA argue, and rightly so, that this is no longer the norm. However, adults on the spectrum with poor experiences with ABA argue that it continues to be a problem in some cases.

Parents need to be aware of their therapist’s reputation and techniques and work closely with their child’s therapist to ensure that they feel comfortable with the way their child’s condition is being addressed. ABA has become a framework to define many effective treatment methods, including pivotal response training, ESDM, and early intensive behavioral intervention.

ABA is not about making your child fit into society and reject their autism. It is not about making them feel ‘normal’. It is about helping them better function in a world that caters to being neurotypical, helping them understand what they might not otherwise understand, and helping them learn how to better communicate their needs with others so as to make their way through the world. It’s a long process that takes years, and early intervention leads to the best results.