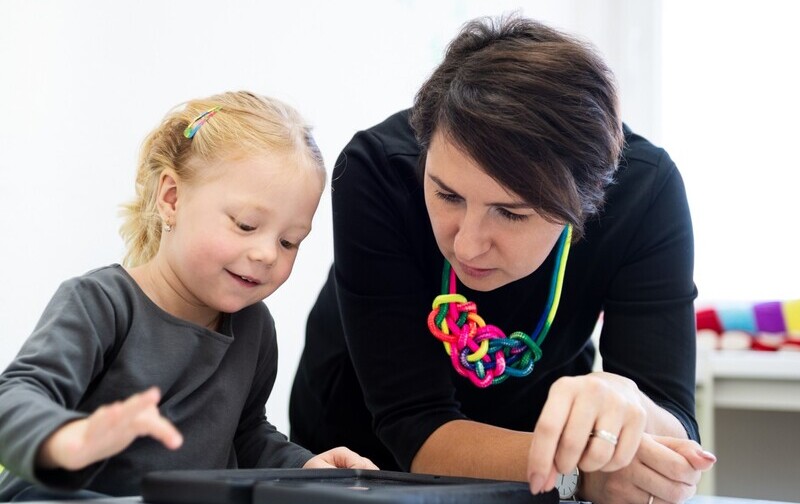 Is Autism a Learning Disorder?

Autism Spectrum Disorder is not a learning disorder but those with autism can be impacted by a learning disorder. Autism can have profound effects on a child’s development. Because of autism’s wide range of behavioral and cognitive presentations, different children with the condition can encounter a wide variety of challenges. One child with ASD may excel in rote memorization, yet struggle with understanding more complicated ideas. Another may encounter significant challenges with learning to speak or issues with reading and writing.

Other conditions, such as attention-deficit/hyperactivity disorder (ADHD), can contribute to these same kinds of learning disorders or mimic them. Making sense of the interaction and differences between and among all of these conditions can be difficult. Knowledge of these conditions, however, is important in understanding your child’s learning difficulties and how to address them with the proper treatment modalities.

Autism Spectrum Disorder is not a learning disorder. However, ASD’s impact on verbal and language skills, social interaction, executive function, and motor control can all cause significant developmental obstacles to learning. Children with ASD may develop language at a later age than others, use language differently compared to their peers, or may not communicate with language at all. ASD also affects joint attention,  the use of social cues, gestures, and eye contact to communicate with others, which has profound impacts on both learning and socialization.[ii] Children with autism may have difficulty with the motor components of common life skills, like hand washing. They may also struggle to sustain their attention on a given task. Difficulties with understanding and following directions, sensory processing issues, and an inability to make connections between concepts or ideas are other struggles that children with ASD can face with learning.

Autism also impacts executive function. Executive function consists of behaviors related to working memory, self-control, organization, time management, and planning. One study compared individuals with both ASD and a learning disorder to another group, which had learning disorders, but not ASD. It found that the group with autism “showed impaired performance on the working memory and planning tests,” illustrating autism’s role in executive dysfunction.[iii] Executive function issues affect not just learning, but all aspects of life.

These conditions can all occur independently of autism spectrum disorder, or alongside it. Researchers note that “dyslexic children may experience visual and auditory processing difficulties, similar to hyper or hypo sensitivity often associated with ASD.” Further, they note, “some dyslexic children may also have strengths in particular areas, such as design, logic, and creative skills” which may mimic similar focuses in individuals with ASD.[viii]

As many as 1 in 25 children have a nonverbal learning disability (NVLD).[ix] Individuals with an NVLD typically have no problems with verbal expression. Instead, they struggle with visual-spacial abilities.[x] A nonverbal learning disability can cause challenges with social interaction by impacting a child’s understanding of nonverbal cues. They may have a hard time with understanding ideas or how they relate to one another on a conceptual level. Usually, people with an NVLD have particular challenges in one area, such as visual or spatial awareness or executive function.[xi]

With these sorts of signs, it is easy to see how such a condition may overlap with common behavioral and cognitive signs of autism spectrum disorder. Just like some individuals with autism, someone with an NVLD might struggle with motor skills, organization, and understanding nonverbal communication and social situations. There is considerable debate about how a nonverbal learning disability relates to ASD. While the two conditions can share signs, they are considered separate. Not everyone who is considered to have an NVLD meets the criteria for diagnosis with ASD. NVLD does not occur in the latest edition of the Diagnostic and Statistical Manual of Mental Health Disorders, as there is still a lack of a consensus on its specific features and definitions among professionals.

ADHD and its Interaction With Autism

Attention-deficit/hyperactivity disorder, or ADHD, is not considered a learning disorder in and of itself. However, it can interact with learning disorders, presenting numerous obstacles to learning. It frequently occurs alongside autism. Studies have found that as many as 30 to 50 percent of children with ASD also show symptoms of ADHD.[xii] Some of these behavioral signs include hyperactivity, sensory processing issues, and difficulty with sustained attention and concentration. Recent research has also found that children with ASD who exhibit traits of ADHD have more issues with adaptive behavior. This can lead to more struggles with independence.[xiii] Like autism, ADHD also affects executive function. This can inhibit learning, since sustained focus, planning, and time management are all crucial for academic performance.

The Impact of Learning Disorders on Mental Health

Treatment for ASD and Learning Disorders

Treatment for the intersection of autism and learning disorders needs to begin with the proper diagnosis and understanding of a child’s difficulties. It is important to consult a medical professional, such as a developmental-behavioral pediatrician, who can differentiate between conditions, understand how they interact, and identify areas of focus for intervention. Most experts agree that early intervention is best for the treatment of both autism spectrum disorder and learning disorders.[xvi] [xvii]

Treatment modalities depend on the conditions and unique challenges a child faces but may include various forms of therapy, such as Applied Behavior Analysis. Multiple treatment interventions may be used in conjunction with one another to address specific needs. These can include learning aids and accommodations that take into account individual circumstances. Coordination with medical professionals, therapists, educational providers, and other caregivers is the best way to ensure your child receives the help they need to learn, grow, and overcome any developmental challenges they face as a result of their condition.