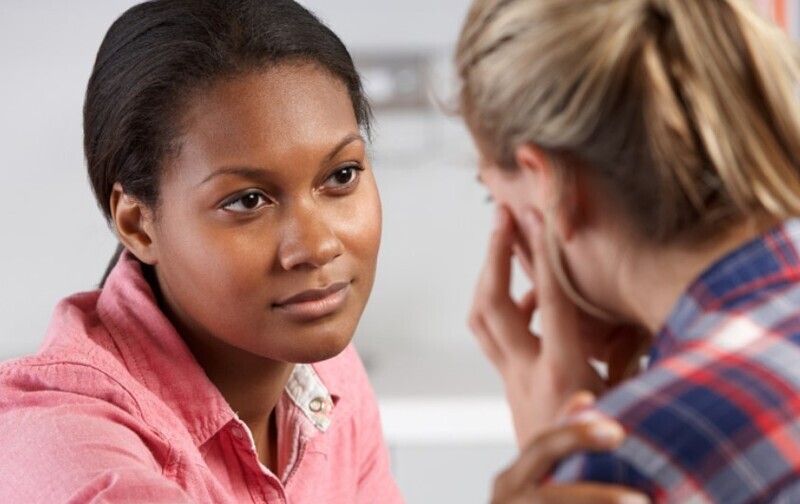 Autism spectrum disorder (ASD) is diagnosed through a series of different symptoms. Few are as recognizable and common as the symptoms of ASD relating to social dysfunction. It’s noted that cases of mild and severe autism often exhibit some form of social dysfunction, particularly in the realm of subtle, non-verbal communication. It’s important to recognize that children and adults who miss social cues may be exhibiting signs of autism.

Can You Have Autism and Understand Social Cues?

Do individuals with autism not understand social cues? When other children or adults fail to say things ‘plainly’ and try to convey meaning through subtext or certain gestures, it’s likely that the individual with autism will misunderstand or completely miss the intended meaning.

Autism research has offered several theories as to why this is, but it is important to stress that missing social skills takes many forms and shapes. While some can cope with their troubles and develop the means to recognize and understand cues that were previously missed, many do not intuitively learn to cope with this difference in communicative skills and only improve with early and repeated intervention and professional support.

What Are Social Cues?

Social cues can be categorized as any non-verbal communication that is not previously codified or explained and the implied etiquette surrounding certain situations. Social cues range from subtext in the tone of one’s voice to unwritten and ‘obvious’ social etiquette. Social cues can be very complicated to understand because behavior that might be appropriate within a very specific context can be seen as wildly inappropriate in another context. For children with ASD, these very complex rules are often completely unspoken and unnatural, and at first, completely incomprehensible.

Here are a few examples of social cues:

Can Individuals with Autism Struggle to Understand Non-Verbal Communication?

When it comes to non-verbal communication, similar issues occur. Different cases of autism exhibit wildly different issues. A common thread is a lack of understanding of pragmatics – how the use of language changes based on contexts, such as using a different tone with a teacher than with a friend, or an indoor voice versus a play voice – and prosody – the tempo and rhythm of speech, including concepts such as intonation, emphasis, and varying pitches. Just as children with autism can have a hard time knowing how to speak appropriately, they often miss non-verbal cues which lead to others telling them how to behave. This can lead to individuals with autism being labeled as a “problem child.”

This is not a simple issue, and it’s not an issue entirely to blame on the diagnosis of autism. While language issues and missed cues can be frustrating to neurotypical individuals and many cues can be taught with enough practice, depending on the severity of a person’s condition, more can be done to help peers of autistic children learn to understand and accept their peer’s differences, and in turn help them better understand what is expected or wanted of them within a given situation.

What’s the correlation between autism and social cues? There are different theories that can help explain why social cues, body language, and non-verbal communication are so complex for individuals on the spectrum, but these explanations do little to explain why those with autism often struggle with other forms of social communication and the complexities of language. In general, one theory on the nature of missing non-verbal cues involves the natural inclination among children with autism to avoid eye and facial contact.

While we teach our children that it’s polite to look at another person when they are speaking to you, for children on the spectrum, doing so is incredibly uncomfortable and feels threatening. Research indicates that deficits in the ability to recognize expressions among patients with ASD may link to a heightened response.

Although most people learn to read faces intuitively and become ‘experts’ in recognizing cues during normal conversation, people on the spectrum avoid looking at the face as an adaptive strategy, due to increased activity in the amygdala. Put plainly, they are more likely to be agitated and to experience feelings of anxiety when making eye contact. This is because making eye contact is perceived as threatening in the brain, and while this is ‘overcome’ in most people depending on the context of the situation (eye contact is still socially threatening in many situations), people with ASD have a heightened reaction to direct eye contact.

Presumably, this cascades into a long series of other problems with missing facial cues, expressions, and gestures, because our ability to naturally intuit what another person is implying non-verbally often relies on a complete picture of their face. There are also hints that it’s a cyclical issue, wherein problems with facial recognition and processing lead to poorer social interactions, which further cause one to avert from social interaction and facial processing, deepening the issue.

Can Children with Autism Learn to Recognize Social Cues?

Is it possible to teach someone with autism to understand social cues? Methods of training facial recognition in people with other disorders exist but have not been applied in autism treatment. However, teaching children on the spectrum to try and make eye contact is often a part of applied behavior analysis (ABA) as part of a greater series of interventions aimed at helping people with ASD develop the skills to better pick up on social cues. In the future, there may be a place for ‘face training’ in children and adults with ASD who have problems with social communication.

Along with possible advances in the future, there are also ways you can help your child with autism communicate more effectively.

ABA therapy is not a one-size-fits-all treatment. Some children respond better than others and the rate of one’s progress is entirely subjective. Research shows that earlier intervention leads to better overall progress and more lasting success.

Contact Spectrum of Hope for Help with Understanding Social Cues

If you or your child does not understand social cues, contact the team at Spectrum of Hope to learn more about our ABA services.