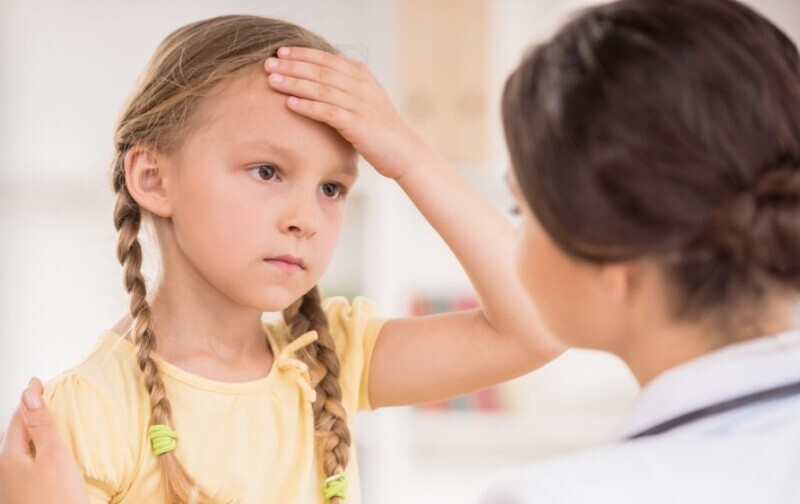 People with autism spectrum disorder (ASD) are much more likely to struggle with one or more co-occurring physical and/or mental health conditions. Wherever they are identified, these conditions can present extra stress for the person – which can make life much harder. Some of these conditions can be hard to catch early on, because they might not differentiate themselves enough from other symptoms of autism. But once properly identified and addressed, they can help improve quality of life and remove a significant amount of distress from a person’s life.

Co-occurring conditions can be complex, tough to spot, and not always obvious. They may evolve and change over time, given factors such as age and gender, as well as more complex environmental factors such as stress. Furthermore, the conditions listen herein are in no way comprehensively meant to encompass all conditions experienced alongside ASD. Instead, they’re meant to provide a concrete overview of the most common co-occurring conditions. It’s not a given that these are a problem for any one given person – however, there is significant overlap between them and an ASD diagnosis.

The reasons why these conditions currently occur more often among people with ASD versus the average population are, as far as we currently understand and based on current research, based on a variety of factors, including the nature of autism itself, genetic predisposition, and stress.

Epilepsy is very closely linked with autism, as studies have gone to show that people with epilepsy are eight times more likely to show symptoms of autism than the general population, and there’s a genetic link between epilepsy and autism (families wherein epilepsy is dominant may also see more cases of autism). While there may be a deeper link between the two, one theory includes that the damage caused by early childhood seizures could lead to symptoms of autism or contribute to them.

Aside from seizures, an epileptic condition (which is defined by recurring uncontrolled electrical activity in the brain) can greatly disrupt a child’s sleep and emotions, and lead to long periods of confusion and severe head pain. Sleep disorders in general are another common hallmark of autism. If your loved one is experiencing any of the following symptoms, take them to the doctor:

Although commonly conflated, autism and intellectual disabilities/language disorders are not the same thing. Developmental conditions define so-called cognitive delays, which essentially try to explain why certain children struggle more heavily than their peers with adaptive functioning (the ability to deal with our environment) and language.

Words that used to describe what we understand as intellectual disability have since become much more hurtful in nature, and the definition itself has shifted somewhat – while the original model of intellectual disability or “mental retardation” was a static one determined by a set of deficiencies and IQ cutoffs, we’ve since come to define intellectual disability by a more dynamic set of qualifiers that aim to identify how a child develops in the regions of language, organization, self-care, empathy, knowledge, and understanding and following of rules.

A child with ASD may be impaired in one or two of these forms of adaptiveness, but not necessarily all three. They may also excel at one, beyond the others. That’s one crucial difference between ASD and intellectual disability.

Some of these conditions occur more frequently among people with autism in part due to the stress that accompanies autism, including problems with coping, lack of sleep, and bullying.

It’s difficult to determine how many people with ASD have problems with anxiety disorders or depression, and estimates vary greatly. One problem is that mood disorders and mental health issues in general are hard to diagnose, especially with certain symptoms of autism.

Autism-specific diagnostic methods are important here, including better screening specifically designed to help identify these conditions among people with autism. While we don’t know exactly how many kids and adults with autism struggle with depression and anxiety, we do know that efforts to determine whether these disorders play a role in autism led to discoveries that they are massively underdiagnosed.

These mental health conditions are each very different from one another and require a different treatment approach. Mood disorders such as depression and bipolar disorder refer to conditions that define an abnormal periods of prolonged sadness, as well as unexplained periods of manic behavior and high-energy and enthusiasm. These conditions may come with suicidal feelings and thoughts of self-hatred without provocation or explanation.

Anxiety disorders, on the other hand, range from social anxiety to extreme and specific phobias, which can present an extra set of challenges for anyone with ASD. OCD can further complicate things, as it may present as a sudden fear or intense anxiety, but is much more complex, and related to obsessive unwanted thoughts and compulsive behaviors.

Gastrointestinal issues are seen more often in children with autism versus the general population, with a complex variety of factors and reasons. Much like lack of sleep, gastrointestinal stress may clue us in on why people with autism are more likely to struggle with mood disorders, anxiety, and other mental health conditions.

The gut is the body’s largest collection of bacteria, and more research is showing just how crucial of a role it plays in our mental health and stress levels. Children with autism are four times as likely to struggle with diarrhea, constipation, and abdominal pain, which can contribute to many other facets of their health.

What Do These Co-Occurring Conditions Mean for Autism?

Some co-occurring conditions are a complex result of the symptoms and challenges of autism, while others help researchers potentially garner a better understanding of how and why autism occurs, and how it develops in the brain and body.

While it’s not guaranteed that any of these co-conditions become a problem in every person with autism, it is a good idea to generally be aware of the conditions that people with autism are more likely to be diagnosed with, and to keep an eye out for symptoms that might give them away. Treating these conditions can also alleviate a lot of stress, which contributes to a better outcome overall.