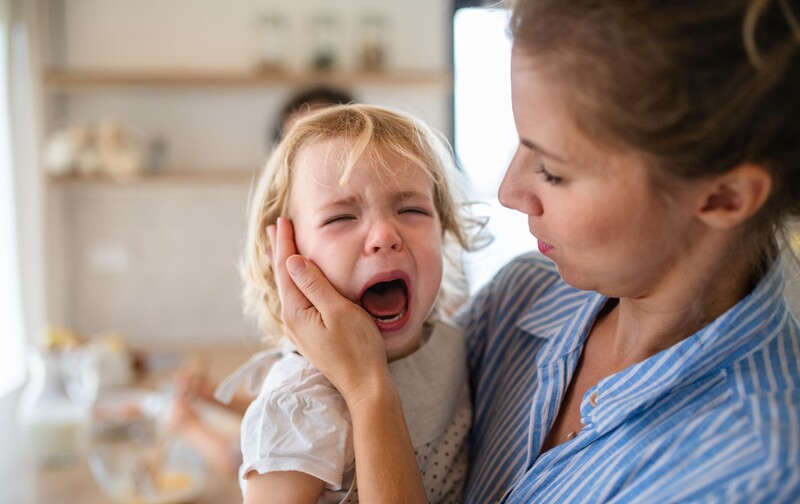 Some individuals with autism experience emotional and physical “meltdowns” in response to feeling overwhelmed by sensory or mental stimulation. During a meltdown, a person may scream, cry, and become physically aggressive toward themselves or those around them. Autism meltdowns are most common in children and younger people with autism. However, experts note that “the state of panic and acute anxiety that drives meltdown behavior can still cause profound difficulty for adults.”

To address meltdowns, parents and caregivers must understand their root causes, how they differ from tantrums, and how to act within the moment to help their child. Parents should prepare their children for unfamiliar environments and demands as best they can. This involves working together to create unique behavioral plans and strategies. Having a plan can help parents calm the child should they become overwhelmed, and give the child and other loved ones ways to adapt and cope in the moment.

It is important to distinguish between tantrums and autism meltdowns. Tantrums can be viewed as outbursts related to a lack of emotional control on the part of children. Tantrums are often strategic. Children throwing tantrums may do so because they know it will get a reaction or a perceived result. For example, a child may throw a tantrum because their parent refuses to buy them ice cream, in hopes that the parent will give in and get them what they want. This is not the case with meltdowns.

Meltdowns are comparable to panic attacks. They are not calculated, and the individual experiencing a meltdown cannot control their behavior in the moment. They usually occur because an individual with autism is scared, surprised, or otherwise overwhelmed by their situation or surroundings. According to researchers, meltdowns are “more intense, protracted and potentially physically and emotionally dangerous to both the child and parents” when compared to tantrums. For parents, it is disturbing and draining to witness one’s child in distress and can be frustrating and embarrassing if it occurs in public. Although parents may become upset and excitable, and try to control the situation immediately, meltdowns require a unique approach.

In her work “From Anxiety to Meltdown,” author Deborah Lipsky, M. Ed., identifies the causes of meltdowns as “sensory or cognitive overload” due to “novel situations or sudden changes.” These can include unexpected demands, shifts in routine, loud or visually excitable locations, or surprises – even those meant to be positive. Since it is impossible to avoid change, it is best to instead focus on preparing those with autism for these new situations. Parents must also be able to recognize the signs of a meltdown, and know how to behave in the moment to help their children feel safe and protected.

Autism meltdowns may be preceded by repetitive behaviors, an abrupt break in communication, or a sudden inability to focus. If these occur, it is advisable to minimize sources of stimulation in the environment, such as noises or lights, and to divert the individual with a favorite calming activity. When a meltdown has started, however, removing the individual from the source of over-stimulation is even more important. This can involve the removal of physical stimuli, or the removal of other forms of pressure such as social demands.

Scolding and Controlling Will Not Work

Attempts to control the behavior, or restrain the individual physically, are generally not the right responses. Even in situations of self-injurious behavior, experts recommend placing physical barriers, such as pillows, to prevent harm rather than attempting to restrain the individual. Light physical redirection may be necessary in extreme cases where the individual is likely to harm themselves. However, this approach can easily worsen the situation and place caregivers at risk, so it should be used as a last resort.

Instead of trying to restrain or scold, parents should stay calm as they address the child by name, acknowledge their fear, and indicate their support and safety – saying something like, “it’s okay, [name]” until they begin to calm down. The worst thing one can do is become agitated, raise one’s voice, and respond to a person’s overstimulation with more highly stimulating behavior. Don’t try to explain, ask questions, lecture, or shame, as these behaviors can further overwhelm the individual experiencing the meltdown. Instead, safe routines that an individual may use to calm down, like pacing, should be encouraged. Try to offer short, firm, comforting assurance to calm and support the individual having the meltdown. It is advisable to stay with the person having the meltdown until they have calmed down.

Given some time and distance, it is best to create a plan that makes the child feel more comfortable in the future. This starts with identifying what triggers these meltdowns and which responses minimize them and help the individual cope. Strategies can involve rethinking how one communicates with the child, perhaps by avoiding open-ended questions or certain tones of voice. Knowing when to remove the child from an uncomfortable situation, or how to remove triggering stimuli from the environment, can also be helpful. Try coming up with routines that comfort during new or difficult situations, like having a favorite game to play. Finally, it is crucial to develop a detailed plan for assisting during a meltdown using strategies that the person with autism finds helpful. These are specific to the individual, so listening to them, monitoring their reactions, and noting what works in the moment is key.

While some children with autism may not experience meltdowns once they get older, autism meltdowns may remain a part of life for some. In such cases, meltdowns can still be reduced in frequency and severity. Parents, friends, and loved ones can learn to tailor their responses to these situations. Recognizing triggering situations and stimuli, knowing how to adapt and listen, and understanding how to intervene and comfort the person with autism go a long way. With these tools, meltdowns can be managed so that those with autism feel safe and supported, and families and loved ones can have the confidence that a detailed plan for healthy intervention provides.